Thank you to everyone who took part in the 2021 Prize. This was the biggest year yet for the Prize, which received a total of over 750 entries. Many shortlisted authors in previous years have been offered agency representation and have gone on to be published. 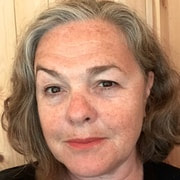 Julie Bull
Julie Bull grew up in the fine city of Leeds before leaving the North to study English Literature at the University of Sussex. She has since spent most of her adult life in South London but still considers herself to be the living embodiment of the North/South divide. Her career has spanned academia- she somehow obtained a PhD along the way – as well as work in the local government and charity sector. Eventually she landed in the corridors of Whitehall, providing advice to ministers on a mixed bag of government policies while remaining furiously impartial. She was an unlikely civil servant for fifteen years before finally giving way to her long held and long thwarted ambition to write fiction. She has now given up her day job at last and moved back to Sussex where she lives in the beautiful village of Rodmell with her partner and three cats and where she hopes to channel the literary genius of former village dweller, Virginia Woolf. Her maladjustment to rural life is likely to fill several chapters of her as yet unwritten memoir. She is the soon to be proudowner of a new knee, courtesy of our magnificent NHS. She intends to dance vigorously on it as soon as she can. Julie can be found on Twitter at @juliebu72. 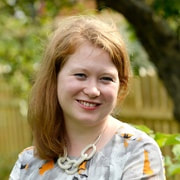 Charlotte Wightwick
Charlotte was born in London and has a degree in history from Oxford. Following university she became a civil servant, which was a great apprenticeship as a writer: she has written everything from government consultation papers to ministerial speeches. As well as novels, Charlotte writes book reviews, articles and blogs about historical fiction. She is a member of the Board of the Friends of Crystal Palace Dinosaurs, enjoys walking and lives in Brighton with a loud and disruptive cat.  You can follow her on Twitter @cwightwick. 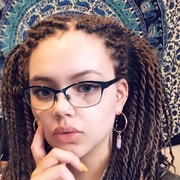 Briony Cameron
Briony Cameron is a disabled biracial writer based in Cardiff. In 2020 her short story The Nantes Affair was longlisted for the Crime Writers’ Association’s Short Story Competition and her novel in progress was longlisted for the Penguin WriteNow Competition. She studied English and Creative Writing at university, but almost studied history instead. She has a keen love of history which began with her first reading of the Three Musketeers as a child. As well as writing, Briony loves to draw, play video games and hang out with her dog, Keanu. Briony is on Twitter as @BCWidow. 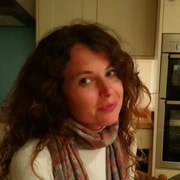 Elena Casas
Elena Casas-Montañez is a journalist and broadcaster. She has been a foreign correspondent based in Paris, Brussels, Rome and Latin America, and her work has taken her everywhere from refugee camps in the Greek islands to conflict zones in Ukraine to the back of Hugo Chavez's campaign bus. She speaks six languages, and her suitcases have recently come to rest in south London. Aside from writing, she loves teaching yoga, open-water swimming, and singing like no-one can hear. Elena is represented by Lisette Verhagen at PFD and can be found on Twitter at @elenacmontanez. 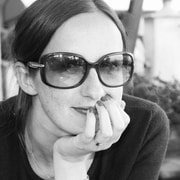 Sally Skinner
Sally Skinner is a freelance copywriter and creative, living in London with her husband and two young daughters. As well as Lucy Cavendish, her work has won the Blue Pencil Agency Pitch Prize, been shortlisted for the Retreat West First Chapter Competition (ongoing) and longlisted for the Bridport Peggy Chapman-Andrews First Novel Award. She read English at Girton College, Cambridge, and graduated from the Royal Holloway MA in Creative Writing with Distinction. Her novel switches between 2016 and the outbreak of the Spanish Civil War to explore language, silence and the power of storytelling. Sally is on Twitter as @salskins. 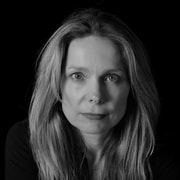 Megan Davis  (2021 winner)
Megan Davis is a lawyer in the field of white-collar crime, and is an associate at Spotlight on Corruption . She has also worked in the film industry and her credits include The Constant Gardener, Atonement, Eastern Promises, and the Bourne films. Megan grew up in mining towns throughout Australia and South-East Asia, and has an MA in Creative Writing from the University of East Anglia. Her novel, The Messenger, won the Bridport/Peggy Chapman-Andrews First Novel Award  in 2018. As well as writing, Megan’s hobbies include boxing and philosophy. Megan is on Twitter @MeganDavis931.

Megan Davis: The Messenger
Powered by