Thank you to everyone who took part in the 2020 Prize. This was the second biggest year yet for the Prize, which received a total of over 400 entries. Many shortlisted authors in previous years have been offered agency representation and have gone on to be published. 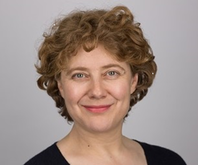 Bibi Berki is a writer and journalist. As a news reporter she worked on national and regional papers and was a producer at the BBC. She now writes for current affairs websites and publications. Alongside journalism she has always written fiction and self-publishes under another name. Apart from Lucy Cavendish she has been short-listed for the Exeter Novel Prize and the Bridport Prize and has had short stories published in anthologies. One of her obsessions is cinema and she has just completed a podcast series about the women who made the 1931 German classic Mädchen in Uniform (www.tempestproductions.net/podcasts). She is co-founder of Tempest Productions, which makes a wide-range of audio dramas and podcasts, and for whom she has written several scripts. She is full of stories “to the point of neurosis”, she says, and is determined to get them out in one form or another. She is married with two children and lives in South East London. She is on Twitter as @BibiBerki1
Bibi Berki: The Watch 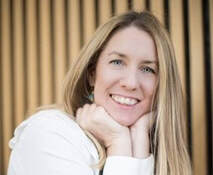 Francesca Steele is an award-winning journalist and former senior writer at The Times. Her work has also appeared in The Guardian, The Telegraph, The i, The Spectator, The Economist and Empire. She is a member of the London Film Critics’ Circle and last year she completed the Faber Academy’s Writing a Novel course with the brilliant Sarah May. She grew up in Scotland, Greece and Oman, and now lives in London with her husband and two children. Her debut novel is set in south London and examines maternal mental health, social media, tribalism and friendship. Francesca is on Twitter as @francescasteele
Francesca Steele: The Group 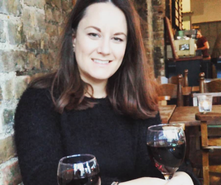 Emma Barlow is an editor and journalist at an award-winning London content agency. Emma has been lucky enough to travel far and wide through her work and has written features and articles on a huge variety of topics. These include finding the secret to happiness in Finland, gorilla trekking in the Rwandan cloud forest, and visiting Singapore to investigate what life is like in the world’s first ‘smart nation’.As well as writing, Emma likes making pottery, playing ukulele and lives in south London alongside a growing collection of houseplants. Emma is on twitter as @emmabarlow
Emma Barlow: Message Received 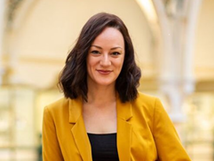 Susan Stokes-Chapman was born in 1985 and grew up in Lichfield, Staffordshire. She studied for four years at Aberystwyth University, graduating with a BA in Education & English Literature and an MA in Creative Writing. She works in Higher Education and currently lives in the West Midlands. Susan's debut novel PANDORA has also been Longlisted for this year's Bath Novel Award. Harvill Secker will publish Susan's novel in January 2022. You can find her on Instagram and Twitter under the handle @SStokesChapman, and her website can be viewed at www.susanstokeschapman.com.
Susan Stokes-Chapman: Pandora 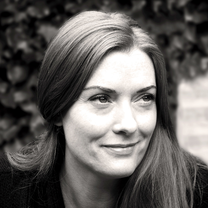 Aoife Fitzpatrick is a native of Dublin, Ireland. Her short stories have been published in 'Southword' literary journal, 'Books Ireland' magazine, and by the Welsh independent publisher, Cinnamon Press. Winner of the inaugural Books Ireland short-story award, her work has also been recognised by the Séan O’Faoláin Prize, the Elizabeth Jolley Prize and by the Writing.ie Short Story of the Year award. She read English Studies at Trinity College, Dublin, and graduated the MFA in Creative Writing at University College Dublin, with distinction, in 2019. The Arts Council of Ireland has supported her shortlisted novel, An Arrangement in Grey & Black, with a literature bursary for 2020. Aoife is on Twitter as @aoifefitz_
Aoife Fitzpatrick: An Arrangement in Grey and Black (winner 2020) 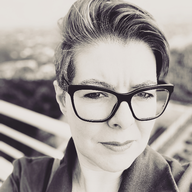 Laure Van Rensburg is a French writer based in Essex where she lives with her rescue cat, Phoebe Buffay. Her short stories have appeared in various publications and placed in competitions, including Bath Short Story Award and Retreat West Short Story Competition. They can also be found on her website www.laurevanrensburg.com. The Downfall, her first novel will be published by Michael Joseph in 2022 and was shortlisted for the 2019 First Novel Prize. When she’s not writing she can be found procrastinating on twitter as @Laure0901. She is also an accomplished librocubicularist.
Laure Van Rensburg: Eden Lost
Powered by