Claire Askew is a poet and writer based in Edinburgh. Her writing has appeared in numerous journals and publications, including The Guardian, Gutter, The Edinburgh Review, The Island Review, and PANK. Her debut poetry collection, This changes things, was shortlisted for the Edwin Morgan Poetry Award in 2014, and was published in 2016 by Bloodaxe Books. Poems from the collection have been recognised by a variety of competitions and awards, including the Mslexia Women's Poetry Competition (2014 and 2015), the Charles Causley Poetry Prize (2014) and the International Salt Prize for Poetry (2012).
Claire is currently in post as a Scottish Book Trust Reading Champion, based at Craigmillar Library in Edinburgh. She is also a Creative Writing Fellow at Tyne & Esk Writers, and tutors for Write Like A Grrrl!, an empowering all-female fiction course run by For Books' Sake.  Claire holds a PhD in Creative Writing from the University of Edinburgh, and blogs at onenightstanzas.com. Her shortlist was published as All the Hidden Truths in 2018 by Hodder & Stoughton UK.

Sara studied law at the London School of Economics before qualifying as a barrister in 1994. She worked as a lawyer for seventeen years before obtaining a Master’s degree in creative writing with distinction from Cambridge University in 2016, where she was the recipient of the Michael Holroyd prize. Prior to publication, The Confessions of Frannie Langton was shortlisted for the Lucy Cavendish prize, and it was published in early 2019 by Penguin in the UK and Harper Collins in the US to critical acclaim. It has been sold for translation into more than fourteen languages, as well as being optioned for television, and making an appearance in numerous ‘best of’ lists by Oprah magazine, The Guardian, The Observer, Amazon, Apple and Essence, to name a few. Oprah magazine named her one of the women of summer 2019, and The Sunday Times called her “a star in the making”. 2019 also saw Sara Collins shortlisted for the Costa first novel award. 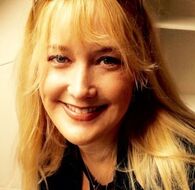 Kelleigh Greenberg-Jephcott was born and raised in Houston, Texas, before coming to call first Los Angeles, then London her adopted homes. She holds a BFA from Carnegie Mellon University and studied screenwriting at the University of Southern California. She has been honoured by the Academy of Motion Picture Arts and Sciences as a Finalist for the Nicholl Fellowships in Screenwriting, among numerous screenwriting honours.  In 2006 Kelleigh was the recipient of the Abroad Writers’ Conference Fellowship in Provence, where the germ of an idea for a book about Truman Capote’s betrayal of his Swans was born; a decade of research and gestation later, Swan Song is her first novel. She developed the collective voice of the narrative over the six-month UEA-Guardian Masterclass, led by novelist James Scudamore.
Swan Song was named the Winner of the 2015 Bridport Prize Peggy Chapman-Andrews Award for a First Novel, as well as being shortlisted for the 2015 Myriad Editions First Drafts Competition and the 2015/16 Historical Novel Society New Novel Award.
Swan Song was published by Penguin Random House/Hutchinson in July 2018 and has since won many accolades including winning the 2015 Bridport Prize and being named one of The Times' Books of the Year 2018. It was longlisted for the Women's Prize in April 2019 and the rights to Swan Song have been sold for television to Balloon Entertainment (Skins, Clique), with Kelleigh adapting the novel as a limited series. Kelleigh is married to English actor and writer Dominic Jephcott.

Laura Marshall is a freelance conference producer. She recently graduated from the Curtis Brown Creative three month novel writing course. Laura grew up in Wiltshire and studied English at the University of Sussex in Brighton. She now lives in Kent with her husband and two children. Friend Request is Laura’s first novel, published by Sphere in 2017. She has since published another acclaimed crime thriller, Three Little Lies, also published by Sphere, and is currently working on her third novel.

Kate McEwan grew up in South Africa and lives in Somerset. A former copywriter and newspaper sub-editor, she is also the author of a London guide, Ealing Walkabout. After her three children had left home, Kate enrolled on the MA in Creative Writing at Bath Spa University where her fledgling novel gained a distinction.
Life then intervened and it was several years before she finished the first draft of Learning to Swim. Kate was helped by an Arts Council grant and TheWriteDay ~ which she set up to ensure that she and other procrastinating writers with demanding jobs and home lives could write at least once a month. Recently retired, she can at last focus on the final rewrite of Learning to Swim. She hopes to live long enough to complete all the other novels she has planned!  Kate is represented by Zoe Waldie of Rogers, Coleridge and White.

J. A. Micheline, or JAM, is a London-based freelance writer and critic who believes in open doors. She studied Japanese Language & Literature at university and then went on to study medicine before taking a break to focus on her writing. Though months away from a completed MFA in Creative Writing, she is best known for her critical examinations of race and gender in cultural phenomena, with a focus on comic books. Her commentary has been featured on VICE.com, HuffPostLive, The A.V. Club, and elsewhere. JAM not only critiques comics but also writes them. She recently collaborated with artist Caspar Wijngaard on Blood Sovereign, her first short comic, which should be released in June. Super Charismatic Nucleus, her first novel, is a work in progress.

Frances Perkins is a part-time teacher of adults with learning difficulties, including Asperger's and dyslexia.  She finds this rewarding and endlessly interesting – except for the paperwork. She has a degree in Humanities from Middlesex University. She has written a few short stories, including some for children, over the years but she is a very late developer!  Not That Way is her first novel. She has had no training in creative writing and has learnt so much from writing it. It was a runner up in the 2014 Good Housekeeping Novel Writing competition and was recently shortlisted in the Mslexia First Novel competition.  Please note: Frances Perkins is represented by Juliet Mushens (UTA). She also enjoys creating things from fabric and made an African themed quilt for her first grandchild. Her novel, later titled The Seven Imperfect Rules of Elvira Carr, was shortlisted for the Good Housekeeping First Novel Award, the 2016 Mslexia First Novel Competition and the McKitterick Prize Author Awards in 2018. It was sold at auction in the US and published by Source Books in 2017, and by Mantle/Pan Macmillan in the UK in 2018. In June 2019 Mantle/Pan Macmillan published her second novel, Maggsie McNaughton’s Second Chance.
Powered by