Tracy Kuhn is a freelance writer who lives in York. She's been writing since she was a child, when she was told she had too much imagination, but she has only recently started to take herself seriously as a writer. She has had a couple of short stories published in various magazines, as well as non-fiction articles. She has a flash fiction story in an anthology, ‘100 RPM – One Hundred Stories Inspired By Music’ and is a regular contributor to the online magazine, 'Women Writers, Women's Books'. She has also recently had her modern fairy story published in the Londonist magazine, in conjunction with the British Academy Literary Week. Tracy also has a blog, in which she takes a light-hearted view of what it means to be a modern feminist. 'After Dark' is a YA novel set on a remote Scottish island that has a dark secret. It is Tracy's first novel and she is thrilled to be on the shortlist for the Lucy Cavendish Prize.

A graduate of UEA’s creative writing MA, Emily Midorikawa now teaches at City University and at New York University’s London campus. With fellow-writer Emma Claire Sweeney, she runs SomethingRhymed.com, a website that profiles the literary friendships of famous female authors. She is author of A Secret Sisterhood: The Hidden Friendships of Austen, Bronte, Eliot and Woolf (co-written with Emma Claire Sweeney, and with a foreword by Margaret Atwood). Her new book Out of the Shadows: Six Visionary Victorian Women in Search of a Public Voice is a group biography, which will be released simultaneously in the UK and North America in 11 May 2021. Emily’s work has been published in, amongst others, the Daily Telegraph, the Independent on Sunday, The Times, Aesthetica and Mslexia. Her memoir ‘The Memory Album’ appears in Tangled Roots, an Arts Council-sponsored collection that celebrates the stories of mixed-race families. You can find out more about Emily via her website: www.emilymidorikawa.com. (2015 winner)

Amy Spencer lives in Bristol where she teaches creative writing. She holds a PhD from the Centre for Cultural Studies at Goldsmiths where her research focused on collaborative authorship in digital literature. She is the author of DIY: The Rise of Lo-Fi Culture (2005, 2008) and The Crafter Culture Handbook (2007). London Clay is her first novel. Her writing has been supported by an award from the Oppenheim-Johns Downes Memorial Fund and a place on the South-West Writers Mentoring Scheme funded by the Arts Council. 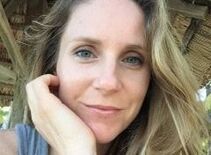 Sonia Velton grew up between the Bahamas and the UK with a British mother and a Sri Lankan father. She has travelled widely since then, including a stint at the European Parliament in Luxembourg as a Robert Schuman Scholar. After graduating from university with a first in law, she got sucked into the legal world and qualified as a solicitor at an international law firm. She soon realised that corporate law was not for her and spent the next seven years specialising in human rights and discrimination law. Sonia relocated to the Middle East in 2006. Eight years, and three children later she then returned to the UK and now lives in Kent. Sonia used her career break to establish her family and write her first novel. Now that her youngest child is almost at school she hopes to devote herself to writing full time. Her work in progress shortlisted entry was published in 2019 as Blackberry and Wild Rose by Quercus. Her new book, The Image of Her will be out in July 2021.

Rebecca Welshman is a freelance writer, editor, and researcher. She completed her Doctorate in English at the University of Exeter in 2013 with a thesis titled ‘Imagining Archaeology: Nature and Landscape in the Late Nineteenth Century’. Rebecca’s published works include articles, essays, and book chapters about the Victorian nature writer Richard Jefferies, Thomas Hardy, D.H. Lawrence, and Virginia Woolf. Her latest publication is an essay about islands and the craft of fiction writing, in the online magazine The Island Review. Rebecca is passionate about the connections between the mind and the natural world, and recently wrote the foreword for A Blackbird’s Year: Mind in Nature, by Miles Richardson. It has been Rebecca’s lifelong ambition to become a published novelist. She sees fiction as an essential part of the modern world – an art form that readers can become lost in, learn from, and be inspired by. Rebecca has been writing novels since she was fourteen years old and has two complete manuscripts, as well as a number of other stories in various stages of completion. Rebecca lives in the Exmoor National Park with her partner and children. Her voluntary work includes being a Trustee of a Wiltshire literary museum, Editorial Assistant for the Thomas Hardy Society, and Administrator for a West Country Writers’ group. She is an Honorary Fellow of a research centre for reading at the University of Liverpool.
Powered by